What would more rate rises mean for The Heatons?

In the residential property world, the most important macroeconomic indicator we’re obsessed with is interest rates. Interest rates are the main tool the government uses to cool down the market when it shows signs of overheating. They have a massive impact on the housing market because they determine what your mortgage costs every month.

In the last housing cycle (between 2000 and 2008) interest rates steadily rose from about 4 percent to nearly 6 percent and then fell to 0.5 percent after the credit crunch, falling again to 0.25% after the Brexit vote. They were lowered in order to stimulate the economy by keeping money out of savings accounts and into circulation. 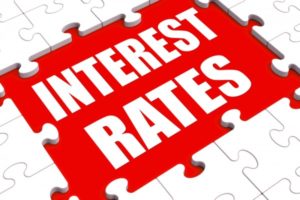 But what would happen to homeowners in The Heatons if interest rates continue to rise? We should start by saying we don’t expect the Bank of England will do anything to risk the economy during Brexit. However, there is a chance that as inflation and economic growth pick up, we might well see interest rates continue to rise from their historic lows and start to return to pre-credit crunch levels.

One of the fundamentals of economics is that the value of a currency is a measure of faith in its home country’s economy. When the value falls, imports become more expensive (and vice versa). We import a lot to the UK and this means the costs of raw materials goes up for manufacturers – which could lead to price rises.

Here is one possible scenario. In SK4, the average price of a 3 bed home is £270,000. On a 65% mortgage with a 4% rate, this will cost about £800 per month once we add in the fees and flatten out the amortisation. If the base rate rose to 6% (the highest level since 2000), then according to our calculations that would translate into an extra £300 per month.

So the bottom line is that even though more rate rises look very likely this year (August seems likely) the increased monthly payments would be unlikely to unsettle the market dramatically — and inflation would erode debt. If you want to talk about buying or selling a home (now is a fantastic time by the way), give us a call.