how old are people when they buy their first home in our area?

Our friends in the U.S have been chasing the ‘American Dream’ for some time now, yet we Brits don’t really have a moniker for ‘making it’ in the UK. If we were to coin our version of the ‘British Dream’, we imagine it would be celebrated every time someone took their first steps on the property ladder.

First-time buyers play a pivotal role in the UK housing market and represent a key driver of demand. The average age of first-time buyers has been steadily rising over the last few decades as property has been less and less affordable in some parts of the country. However, schemes like shared ownership and Help-to-buy have helped younger people get on the ladder, putting downward pressure on average ages of first-time buyers. 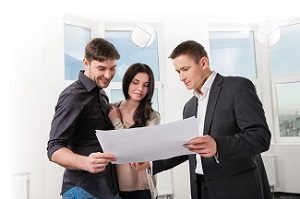 Not all individuals have dreams of owning their own home; an increasing number of people are deciding they would rather rent property so they can have more flexibility. Naturally, this pattern opens up opportunities for landlords to purchase buy-to-let properties, either as a stand-alone investment to supplement their income or as part of a growing portfolio. Despite the recent changes to tax relief and stamp duty, professional and serious landlords are still reaping the rewards of being involved in the sector.

The average price of a home in SK4 is £277,000, and if you take 10% as a reasonable figure for a deposit for a first home, that means buyers need to stump up around £27,700. Add into the mix average gross earnings of residents in the area, which sit at £27,563, and you can start to see why the picture in our area looks like it does. If you’re thinking of purchasing your first property, visit our office for a friendly chat and we can discuss all the options available.