How often do people move property in the local area?

More than six-million people move home every year according to national census figures. These numbers reveal we are changing homes at a faster rate than ever before with people in the southern half of the country the most frequent movers. Conversely, those living in the North East, North West and Wales move home less frequently than anyone else in the UK.

The average amount of time someone lives in their property in SK4 is 21 years. This compares with 20 years in the region and 19 years nationally. We’ve calculated this by calculating turnover as a percentage of stock and estimating how long it would take for everyone to move house at least once in the area.

If people are changing their 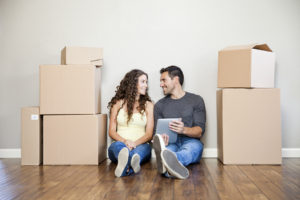 home more often, vendors will benefit from a busier market with more demand. It was once the case that only younger people would be more likely to move around, especially live-in couples, but now we are seeing a trend where people of all ages are changing their home at a more frequent rate.

The rental market moves at a much faster rate than the sales market due to 12-month contracts with a six-month break affording more flexibility. It’s also important to factor in the cheaper prices for rental properties. We are however seeing more people stay in accommodation for longer, although it’s nowhere near the length of owner-occupancy.

Whether it is because people have more money, have benefited from the rise in house prices, or prefer a change of scenery, the rate at which people are moving homes is rising. If you would like to know more about the property market in SK4, don’t hesitate to get in touch with us. We look forward to hearing from you.