In our property market, timing is everything; here’s why.

We can’t remember a time when there’s been more excitement about The Heatons property market. We’re having more and more conversations with the buyers and sellers we advise who realise that they’ve ‘timed their runs’ perfectly. As we’ve seen many times before; as the market turns a corner, momentum starts building very fast.

It can’t be denied that the market has been fairly cool of late. Indeed across the whole North West region, there were 17.2 per cent fewer sales in the first three months of 2018 than in the same period of 2017. In The Heatons, sales were 18.7 per cent down, so we’ve underperformed the regional market, but that comes as no surprise given the change comes from a high base. 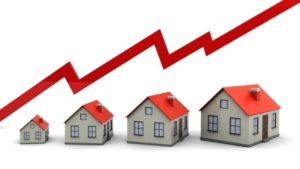 Landlords will have to approach this market cycle in a very different manner to the last one. The government has created a much less hospitable tax environment, particularly the removal of mortgage interest tax relief. However, for any landlord willing to run their portfolio, however big, like a business they will find the competition from other less serious landlords has thinned dramatically.

It remains to be seen what twists and turns the next cycle has in store for us, and indeed who will be the biggest winners. One thing is undoubtedly true though – those who work with a local expert who really understands the inner workings of the local market will always come out on top.

Looking to the present, more and more evidence is showing that the recovery is well underway. The reason people are acting quicker is to capture as much house price inflation as possible. At its pre-credit crunch peak in 2002, homes grew in value by 23 per cent per year equivalent to £34,000 per year, so the rewards of making a smart move speak for themselves.

There’s quite a lot of hysteria in the press about the state of the housing market. Yet it’s important to remember that it takes a long time for market ‘events’ to appear in the statistics and get picked up by the press. Take it from us, the next cycle is well underway, and people who move soon stand to gain the most.