Even More Reasons to Use an ARLA qualified Managing Agent

There are currently nearly 150 ‘Statutory Provisions’ that apply to lettings and the benefit of much of the legislation – particularly the laws that have come into force since 2006 – is that properties have become safer for tenants. Landlords now have a high degree of responsibility for the health and safety of their tenants, from removing potential hazards and installing fire safety measures to ensuring the fabric of the property itself is maintained to a good standard.

Until recently, the problem for the industry as a whole was a lack of enforcement of these regulations by local authorities. Media reports of rogue landlords and slum properties encouraged the government to put forward yet more bills and pass more legislation, which only made things more onerous for law-abiding landlords (the majority) while the unscrupulous ones simply continued to ignore their obligations. 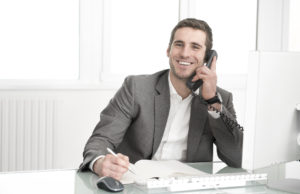 The main issue for local authorities was a lack of resources to identify and prosecute the rogues. Even when they did find them, the maximum civil penalty they could impose was £5,000 and, in reality, the average fine was just £1,500 – not a huge deterrent.

However, in April 2017, new legislation came into force allow councils to apply fines of up to £30,000 if they find a property isn’t being let safely and legally to tenants. They can also ban the worst landlords from letting for twelve months and share these details with other councils across the country. Importantly for the local authorities, the income raised from these penalties can be ring-fenced to help them fund further enforcement activity by the council.
How landlords have been targeted so far

Some councils have been more diligent than others in pursuing and clamping down on landlords who violate letting regulations. Newham Borough Council, for example, has funded their enforcement activity since 2013 by imposing a licence fee on all landlords. In the four years to January 2017, they prosecuted 1,000 landlords and banned 28 from letting property. The borough is now responsible for 70% of all landlord prosecutions across London, which shows what can be achieved by a pro-active council.

The Mayor of Newham, Sir Robin Wales, says, “This scheme is driving up standards in the borough, and other councils around the country who’ve seen its success are starting to introduce their own schemes.”

In February this year, a Manchester landlord was jailed for 45 months by Bolton crown court for a number of crimes, including fabricating tenancy agreements and taking holding deposits from multiple prospective tenants for the same property then telling them they had failed the credit check. He was also ordered to pay back £100,000, pay court costs of £125,000 and was disqualified from being a company director for 10 years.

Reasons you could be fined or jailed

You shouldn’t be under any illusion about the importance of complying with lettings regulations. These laws are not ‘guidelines’, they are legal requirements and obligations and if you do not comply, you can face fines and – in the most serious cases – jail time. For almost all violations, you will receive a warning in the first instance and be given the opportunity to put things right. However, if you continue to flout the law, you will be penalised, so you need to take all your obligations very seriously. For example:

Offence
• Violating the Housing Act 2004, including: failure to comply with an improvement notice, failing to license an HMO, contravention of an overcrowding notice, failing to comply with management regulations for an HMO
• Letting to someone you know does not have the legal right to be in the UK
• Failure to protect a tenant’s deposit
• Health and safety violations that result in a tenant or visitor to the property being injured or dying

In short, you can be fined up to £30,000 by your local authority for violating any lettings legislation, under civil penalty legislation, without the need for them to take you to court. And your negligence results in the injury or death of one of your tenants, or you persistently flout the law, you are likely to face prison time.

This is why it is so important for landlords to take expert advice and make use of the services offered by self-regulated letting agents who are RICS, NALS or ARLA members, to ensure every rental property is legally compliant. If you receive any communication from your local authority regarding an alleged violation of any lettings laws, consult a lettings legal expert immediately.